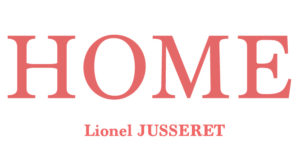 HOME is the Belgian name of a retirement home.

HOME refers to the end of the journey of life.

Belgium has a very confused perception of the more than one hundred thousand people with Alzheimer’s disease. The fact that it mainly affects the elderly does not help to solve the problem. Between senility and dementia, how to represent this disease in images? Because even if the majority of these photographs were taken in the district reserved for patients suffering from Alzheimer’s disease, the will is not to confine the subject and get as close as possible to a certain universality of the theme of old age. And endly ask this simple question that haunts us all: How to age in Europe?

To accomplish this work, Lionel Jusseret spent 6 months in the daily life of a retirement home. There he met an invisible community that, after a lifetime of work, is excluded from society. In the house, there are three districts. The first, for people still independent, the second to palliative care and the third to those who can no longer hide their disorientation, the forgotten among the forgotten: patients with Alzheimer’s disease.

In many homes in Belgium, being diagnosed with Alzheimer’s means finishing your old days in the closed corridor of dementia and can never breathe fresh air outside again. It is to be condemned to assistance and definitive dependence. And sadly, being at the mercy of caregiver in sub number and therefore fatally abusive.

This is why older people labeled « demented » are disliked by the other « sane » people. They are afraid to be contaminated by them. They remember their friend, neighbor of room or table, before they decline. They see this person today, he is no the same individual. They are afraid. And we too, the integrated workers, we are afraid of them, afraid to end up like this.

As in his previous work about autism, Jusseret attaches great importance to not make the disease visible at first reading. He wants to show the person before illness : a group of human beings, its manners and its customs.

To testify the daily life at home, it is necessary to be able to witness the culture of community, friendship and love that remain. The intention is to show an worthy image of these seniors on the margins of our society. But without dismissing the question of their living conditions.

For in the white tiled corridors of a retirement home, loneliness and isolation weep beyond the walls. In many cases, families do not come anymore. By suggesting this isolation in most of his images, the photographer wishes to do justice to their suffering and to testify to it. Because even if the situation of each person is special, it still says something of our society: why are we no longer able to take care of our elderly? How can we inflict this on our elders? How can we inflict this on ourselves?

In medical language, dementia is a syndrome that, according to the definition of the World Health Organization, results in « a degradation of memory, reasoning, behavior and the ability to perform daily activities », without being however, « a normal component of aging ». Alzheimer’s disease accounts for between 60 and 70% of the fifty million cases of dementia that we have today on the planet. In Belgium, it affects more than one hundred thousand people. This number will double by 2060.

Six hundred thousand family caregivers and caregivers revolve around people living with Alzheimer’s disease, making it a major social issue. Beyond the medical care, at home or in institutions, initiatives such as the Alzheimers Café (present in some forty French-speaking municipalities) have started, locally, to facilitate the freedom of speech, for victims or relatives, outside the medical way.

Every week or so, research brings its share of news, disappointing or hopeful. At the end of January 2019, the Roche pharmaceutical company announced the discontinuation of two clinical trials against the disease, after disappointing intermediate results. A little earlier, two researchers from the Flemish Institute of Biotechnology discovered the potential role of a protein in the development of the disease.

Beyond the Alzheimer’s issue, the mental health of Belgians in general is not great. The suicide rate of seniors and the consumption of antidepressants are higher than the European average. According to the latest figures from the Scientific Institute of Public Health, 32% of the population reports psychological distress. They date from the 2013 public health survey, which takes place every five years, and an update is expected in the course of 2019. On its website, the Federal Public Health Service does not hide himself : WHO announces growth in mental health problems and « this trend is also confirmed in Belgium ». That must sound like a alarm in the ears of the entire political world.